Off the Ice (Juniper Falls #1) by Julie Cross 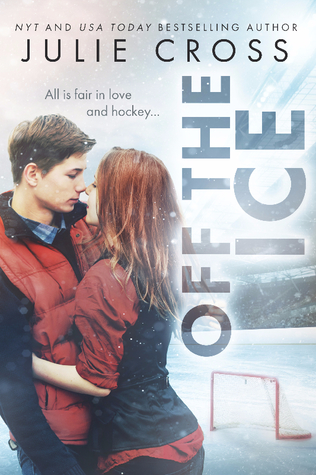 A big 'thank you' goes out to Chapter by Chapter, Entangled Publishing, and NetGalley for the e-book and opportunity to participate in the blog tour!

Anyone who knows me at all is aware that I am usually a sucker for a hockey story! Off the Ice does an good job of illustrating how corrupt and dysfunctional small town life can be at times and couples it with the stress of having to make tough decisions when the best option isn't always clear. Plus, Tate and Claire are cute.

Before Claire O'Connor ran away from Juniper Falls to early admission at Northwestern last fall, she and Tate had a night that neither of them will ever forget, and not in the good way. Now that's she's back to help out at the family bar while her dad recovers from the removal of a brain tumor, Tate thinks that he might finally have his chance. See, Claire is his older sister's best friend and he's had a crush on her for years and she's never looked at him twice, until now. Maybe it's because they saw parts of each other that night that they had hidden from everyone else, or maybe it's because "Little Tate Tanley" seemingly went from her friend's skinny, kid brother to a grown-up hockey star overnight, who knows? Either way, it's time for tate to make his move. Unfortunately, he already has enough on his plate between being expected to suddenly become the town's hockey god a year early and his dad breathing down his neck and threatening to destroy everything he's worked for. It's time to get on the ice and see what he's made of!

The portrayal of a small town's obsession with their sport of choice is surprisingly realistic, but not in a pleasant or comforting way. As someone who grew up in one, I can say that is definitely dramatic, but accurate. Also, I loved that it was the little brother into the older sister's best friend, instead of the tired "girl hopelessly in love with her older brother's best friend" cliche. No matter how you look at it, Tate and Claire's world's have been flipped upside down, but can they sort their lives out enough to make things work Off the Ice? 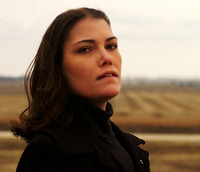 More about the Author
Check it out on Goodreads
Buy on Amazon
Posted by Cierra at 7:00:00 AM