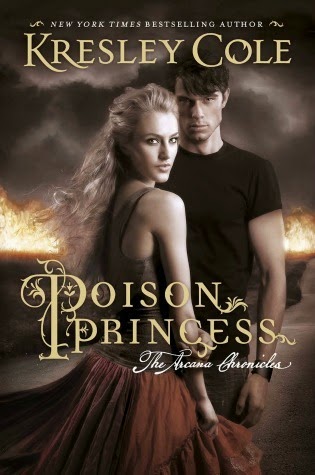 Throw together a Louisiana cheerleader who spent her summer vacation in a nuthouse, a handsome yet juvenile delinquent Cajun boy, a hoard of fluid-hungry zombies, and wrap it all up in a bow made of ancient, super-human secrets, and you’ve got a book that’s hotter than hell! Poison Princess brought an arsenal of new ideas to the table! It’s great to finally see a refreshing take on the end of the world-- think Tarot meets the Hunger Games during the zombie apocalypse!

Though I’ve never been a fan of spoiled cheerleaders, I was always in Evie’s corner, she won me over at the very beginning as she struggled to keep a grip on her sanity and kept me rooting for her in her fight to stay alive. Then there’s Jackson Deveaux, YUM! Seriously, this badass bayou boy? Sign me up! Even though he’s moody and a serious asshole, he’s the guy I’d want on my side when the shit hits the fan!

When everyone’s out to get you, who can you really trust to have your back when it counts? Immerse yourself in a world where regular people can be just as monstrous as the zombies and the super-human ones, and everything you thought you knew couldn’t be farther from the truth. When surviving means going against everything she said, Evie’s forced to decide how much she’s willing to risk to save the ones she loves, even if it means becoming the Poison Princess.


Songs it makes me think of:


Love the Way You Hate Me – Like a Storm