You Are Mine (Mine #1) by Janeal Falor 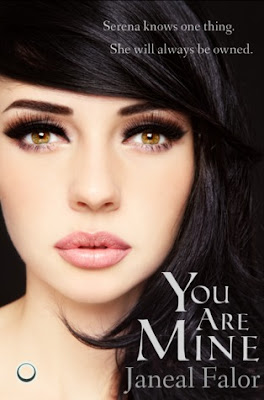 "I don't want to be married at all... It's not what I would choose for myself or my sisters. Not that women really have a choice."

Finally, a great story without some unrealistic, clichéd version of insta-love! This exceeded all of my expectations! Serena is spunky and Zade is both mysterious and intriguing; the world they live in is dark and twisted, sound good? You’d be right. The English major in me can’t help but point out that this book is a Feminist critic’s wet dream, I mean the customs/culture surrounding the society within the story was enough to piss off any woman but it certainly opened the door to what could be some excellent commentary surrounding important issues such as sexism.

The country of Chardonia is seriously fucked up. Really, it takes the idea of a sexist patriarchal society to a whole new level. The only citizens with any actual rights or power are warlocks who, conveniently, can only be male. The only real value women there have is based on how much magic they have in their blood, which is what determines their monetary value as they are sold and “married” off to a rich warlock as glorified breeding stock. Serena wants nothing to do with such a fate, but really doesn’t have a choice. The day she becomes eligible, her abusive (a trait that’s encouraged) father sets out to sell her in order to line his pockets and hopefully gain valuable business connections, only things don’t go as planned. Through an unpredicted chain of events, Serena ends up engaged to Zade a man deemed a “barbarian” who hails from another country, unexpectedly bringing her closer to her dream of freedom than she ever thought possible.

Serena has always feared men. In her experience, they only seek to dominate, hurt, and humiliate women, which is why everything about Zade confuses her. He is kind and gentle and, for some strange reason, he treats her like a person. Like an equal. Still, she can’t seem to trust him and knows he’s keeping secrets. How can two people who come from such fundamentally different worlds really ever understand each other? More importantly, how do you take back control a life that was never really yours to begin with?